Back to Back Awards 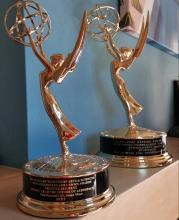 So very honored for Emmy recognition in 2019 and 2020-2021. In 2021 I received an Emmy as part of the Entertainment Tonight production team.  Having worked with ET since 2012 in a variety of capacities, I had the opportunity beginning in 2020 to work in the Production Booth as Playback Operator for the video walls. That same season ET won the Outstanding Entertainment News program award. In 2019, the PBS-KCET series I worked on as Production Sound Mixer, Blue Sky Metropolis - produced and directed by Peter Jones was recognized by the Academy.

Studio Quality Voice Over From Anywhere 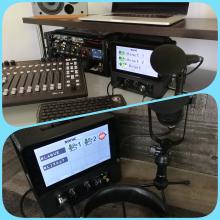 Now, do your studio-quality voice overs, dialog or podcast from HOME or anywhere, while I record you from my studio. It's easy, plug in the mic, headphones and ethernet cable - and you're good to go. Full studio production with talk-back. On the move? 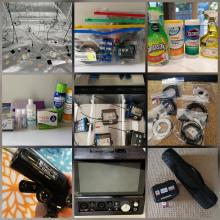 Above all else, it’s my hope you and your loved ones are healthy and safe during these extraordinary times. These past months have been a time of reflection and challenges. I look forward to working with you all again and seeing all your smiling faces – under our masks…you just have to look for the smiling eyes.

I want to briefly tell you what I’ve done for future production when we return to work: